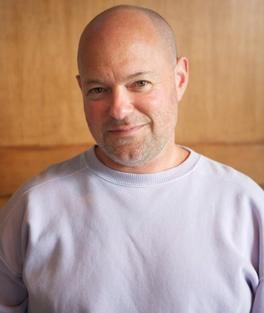 KEVIN KREIGER is an ardent believer in a counseling process that cultivates the whole human being, and helps foster clear, empowered, self-aware individuals.  He supports clients in actively seeking and creating their own futures by thinking for themselves, as opposed to simply accepting whatever lives our old, habitual environments have prescribed for us.

After 16 years teaching writing and language at institutions from U.C. San Diego to Phillips Andover Academy to the Université de Dijon in France, Kevin has spent 20 years as an independent college/graduate school admissions counselor. He was delighted to spend 4 of those years working with the U.S. wing of the esteemed Beijing admissions consultancy Elite Scholars of China, before settling back into private practice.

In April 2012 he was invited by Farview, another China-based consultancy, to lead seminars on college application writing hosted at Beijing University, a private high school in Shanghai, and a private expo in Taipei (please see video outtake in the Admissions section).

He also integrates personal coaching, and guidance on college/career aspects from summer opportunities and internships to job seeking, resumes, and cover letters.

His first collection of poems, KAIROS, was released by Tebot Bach Press in 2016. His plays have been read or produced in venues including the French National Theatre/Dijon, U.C. San Diego/La Jolla Playhouse, the Theatre at Boston Court, and the Fountain Theatre. (For more on his literary work, please see www.inspiritwriting.com.)